THEY say what goes round, comes round. Back in 1975 the National Party of apartheid architects was discussing the need to cut down on our various capitals.

Remember then we had four: Bloemfontein, Pietermartizburg, Cape Town and Pretoria.

Of course nothing happened because the chorus of complaints all focused on how the economy of the losing cities would be crippled.

Nothing has changed. President Jacob Zuma’s clever suggestion that this issue was once again on the table diverted attention from the more important problems of corruption and confusion. The old arguments are back again. Quo Vadis? Tshwane or Slaapstad?

All I can remember as a parliamentary wife (1957 to 1993) was the nightmare of having to pack up a household every six months and venture onto a great trek, either down to Cape Town or back up to Pretoria.

It took three grim days on the national road to get to Cape Town. The overnight stops were always a bother as the staff couldn’t sleep over in the places that we chose for obvious political reasons.

Then moving into that horrible little house in the parliamentary compound of Acacia Park in Cape Town. In those days none of us, from ministers, deputy ministers to directors-general, even dared consider staying at a five-star hotel!

Then after the session, usually in summer with its unfriendly southeaster winds, a repeat performance occurred, usually with another new car added to the trek, to take all the purchased cases of wine up to Pretoria. So yes, please, stop this nonsense!

Today we don’t even need a real capital because everything is virtual on the internet. Parliament could sit in any soccer stadium to give space to the Economic Freedom Fighters and the other skollie-groups in opposition a chance to do their attention-grabbing aerobics.

It is logical that Parliament stay in one place, so at least we will know where the politicians are.

And I put my money on Tshwane. (Pretoria is in there somewhere, but that’s mainly where the diplomats live and I think also Dr Wouter Basson.)

What to do with the magnificent parliamentary erection in the centre of the Mother City?

Yes, one could move all the squatters from the Cape Flats into those buildings and so clean up the unsightly reminder of poverty on the way to the airport. Yes, we could invite a Chinese concern to turn it into a five-star hotel. Yes, we could allow the Russians to put in a nuclear substation.

But I would suggest this: invite the Pan African Parliament (PAP) to take it over lock, stock and key point as their flagship.

The PAP, representing more than 50 African states, has already made it clear that the South African taxpayer must foot the bill for its new parliament building somewhere in Gauteng off the N1.

Imagine the cost of that? But with beautiful Cape Town as its base, it would cost our taxpayers nothing because we would charge them a huge rental and overhead in dollars and yen.

The PAP would come down en masse once (or even twice?) a year in flights paid for by their countries. Thanks to the weak rand they would stay only in the best five-star hotels and not at our expense.

They would be heavily fined for breaking our traffic rules, making a good daily income for the City.

And the PAP MPs have vast expense accounts, which means a huge boost to the economy of Cape Town’s boutiques, jewellery and shoe shops.

The lavish nightly dinner parties would benefit every venue in the peninsula and Boland winelands, internationally known for their excellence and fine cuisine.

The PAP would then end its session and go back home.

Finish-en-klaar. Is anybody out there listening?

• Bezuidenhout, an alter ego of Pieter Dirk Uys, is a member of the African National Congress, but writes in a personal capacity. 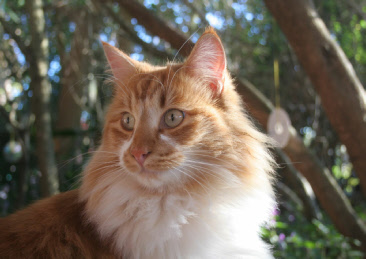