Uys's play and production represents a notable triumph of common humanity over lacerating experience. He knows the political crimes that have made these people what they are. He knows the landscape of exile, where identities are propped up by reliving the past to the extent of play-acting. His theatrical achievement is to bring these rancorously self-encapsulated victims out into the fresh air, and to place their obsessive melodramas in the wider context of comedy.

The white South African Pieter-Dirk Uys is best known in this country for his one man show Adapt or Dye, in which he lays into the injustices of apartheid by impersonating some of his country's more grotesque inhabitants, many of them female. His new play Just like Home is gentler, subtler and more moving. It is still fired by Uys's indignation, but it puts people before politics. He directs his own humane but profoundly pessimistic play with passion.

Home, we are told, is where the heart is. But if the heart is divided or in cold storage, where is home then? Pieter-Dirk Uys' funny and touching play looks at this predicament as it affects London's expatriate South Africans, both coloured and white. The play is continuously sharp-eyed about the not-so-little ironies of expatriate life.

... a depth and perception to the play which makes it the best thing Uys has ever written.

Layers of illusion and delusion are gently peeled away with affectionate irony. Equally, there are scathing remarks about liberal South African expatriates.

This could be the best play Pieter-Dirk Uys has written to date. It is more consistent than most, rivalling in structure and development his masterly Paradise is closing down and it has as its central character the best part Uys has written for a woman since the irrepressible Ester Viljoen in Selle ou Storie. It is a very clever piece of work, superbly realised. It is conceived in anger, in compassion and in love. It is filled with larger-than-life people, seemingly improbable situations, but even at its most extravagant, it never loses its credibility. It is all too human for that. When the tension is at its most unbearable, the agony is relieved by laughter.

Just like Home is a bit of everything — there's  nostalgia, humour, satire, irony.

... an honest study of exile (both voluntary and involuntary) and homesickness, new lives and old struggles. The play is warmly convincing in the intimacy of its human relationships.

This is no ordinary piece of political theatre. Through the personal anguish of those outcast by the system we gain a more intimate insight into the evils of the system itself. By using comedy cheek-by-jowl with depictions of brutality, Uys challenges the audiences preconceptions, whatever their political persuasion ... the play confronts us with the uncomfortable truth of institutional racism on our own doorstep.

Just like Home is an astutely observed and superbly realised comic-drama with sparkling bitter-sweet dialogue and a story to touch the very core of your being. At the same time it is a searing indictment of the psychological damage apartheid causes everyone who is forced to live with it.

Uys always succeeds in making you look at old things in a new way. And that only an artist with vision can do. 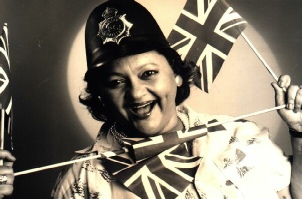