**** Uys absolutely at his brilliant best

Vintage Uys is what this feisty one-hander has to offer audiences as its seasoned performer hustles us through the history of South Africa from 1945 to the present day, with autobiographical commentary on the side. (Uys was born in 1945.)

The show opens with a chilling analogy between Germany in the early 1930s and South Africa in the run-up to this year’s elections: Herr Hitler, perfectly impersonated by Uys, has taken a break from hell to offer Julius Malema advice and encouragement on his path to power and glory. And there is nothing fanciful in the scenario.

Thereafter Adolf returns to his eternal habitat, and a series of brilliant caricatures follows as we are taken back to the mid-20th century, reviewing the politics and personalities, the insanity and idiosyncrasy that shaped this country’s history over 50-odd years.

As one has come to expect, Uys captures the accent, body-language and mannerisms of the people he portrays in magisterial fashion, and although some of the material is not new, it is refreshed through the evergreen satirist’s zest and acerbic humour.

A gem is his characterisation of Pik Botha, complete with unfocused gaze and self-vindicating refrain of “I wasn’t there” (referring to apartheid South Africa when he was minister of foreign affairs).

After interval momentum is lost as the show resolves itself into several cameos inspired by personal dramas in the aftermath of the apartheid era. So we encounter descendants of a woman evicted from her Newlands home, dispossessed and relocated to the Cape Flats, and an elderly Jewish lady due to return to South Africa after visiting her émigré relatives in Canada. Along with the characters is a meditation on the rich texture of life in South Africa.

However recognisable, the individuals of these vignettes lack the robust authenticity of the pre-interval impersonations, possibly because they are stereotypes rather than personalities from real life.

That said, Uys remains a master of disguise and mimicry to the end, relying on the minimum of costumes and props. As an exercise in intelligent, thought-provoking entertainment, Adapt or Fly is hard to beat.

Adapt or Fly is a non-stop tour-de-force which condenses the political history of South Africa with a potent injection of dark humour.

Question: What do the following entities have in common: a good Pinotage wine, Gouda cheese, classic Levi denims and Pieter Dirk Uys? Answer: They all mature agreeably with age.

As one of our most established dark comedians, Pieter Dirk Uys starts off 2014 on a high note with his one man show, Adapt or Fly — a moving political satire within the South African scope. The small and exclusive atmosphere of the Theatre on the Bay provides the ideal performance platform for Uys’ singular production and his 'boxes of mystery'. Audience members however need to be armed with a quick sense of humour and a basic general knowledge of who’s who in South African politics, in order to experience this production at its fullest.

Adapt or Fly is a non-stop tour-de-force which condenses the political history of South Africa with a potent injection of dark humour. Having lived through — and resisted –- the apartheid regime himself, Uys takes us on a trip down the turbulent and volatile memory lane of our country's rich history.

At its foundation, the production details how history often repeats itself though our national leaders. Uys’ opens the show in full Hitler guise, which funnily enough is not distasteful. From then on none of the big architects of destruction goes unscathed — DF Malan, Hendrik Verwoerd, PW Botha, Thabo Mbeki, Jacob Zuma, Julius Malema and even the unassuming Kgalema Motlanthe all suffer from Uys’ sharp-eyed and sharp-tongued wit. His most memorable incarnation, former Prime Minister Pik Botha, is delightfully schadenfreudalist in tone as Uys ventures into Botha’s famed exoneration of his own guilt and proverbial jumping of ideological ships at the 1994 liberation.

To provide balance and perhaps to lighten the production, Uys also shares two ‘everyday’ stereotypical women in our society. In her heyday a young activist with questionable motives, Mrs Petersen is now a matured Muslim woman who reflects with hilarity and a remarkable sense of stoicism on the Group Areas Act of 1968. Her family was, she tells us, amongst the many who under racial profiling were forced to relocate from developed areas such as Rondebosch to the bleaker Cape Flats. With a tongue-in-the-cheek tactfulness, Mrs Petersen offers her opinion on everything from the surge of African immigrants, to violent run-ins with the security police, to the Jewish community and ‘the problem with the youth of today’, each statement steeped in the "I’m not racist, xenophobic, anti-Semitic, but…." school of argument.

Mrs Petersen shares a distinct theme of patriotism with another of Uys' 'everyday' characters, Nowell Fine. An aged Jewish ‘kugel’, based in Seapoint and brought up in an upper middle class society during the height of segregation, Nowell Fine provides a comical monologue inspired by a recent high school reunion. In words laced with bitter irony she claims all her fellow classmates have emigrated to first world countries, where, botoxed to oblivion, they now appear to be disdainful of South Africa. Forgetful and overtly chatty with a distinct Fran Drescher voice, she offers an insightful glimpse into patriotism, old-age and the modern obsession with youth. Nowell is in fact one of Uys’ most authentic, nuanced and underrated alter egos, although rarely seen.

Is it possible to get away with a skit on Nelson Mandela, especially given his recent passing? Yes, if it is in the hands of Pieter Dirk Uys. Not only does he take up the challenge, but he delivers the result with effortless charm. The foray deals mainly with Mandela’s trademark glasses, printed shirts, and buccal-style speech which he compares to Donald Duck. It still remains exceptionally remarkable, and the audience is left with continuing respect for this powerful South African hero.

The show concludes with an introduction by Desmond Tutu to the famed and kitschy icon Evita Bezuidenhout, a direction which consolidates the political strategy of the production. Evita reigns supreme with her enigmatic presence and over-the-top mannerisms — not even Julius Malema manages to upstage her as she arrests the audience's attention.

Adapt or Fly is a deliciously humorous yet compelling approach on South African political culture and it challenges our ability to laugh in the face of tragedy. One of the most successfully controversial shows on the South African stage, it deserves to run for years and years, adapting as it flies.

On Stage: Adapt or Fly

Former rulers are parodied alongside new ones like Thabo Mbeki, Kgalema Motlanthe and Jacob Zuma.

The generation old enough to remember the apartheid leaders in action laugh the loudest. All it takes is an expression (or a wig) and they erupt in applause at how perfect the impersonations are.

But as someone too young to remember apartheid, I was a little lost through parts of the two-hour show.

And yet Adapt or Fly isn't just about getting laughs from the people who were there; it's a history lesson for those who weren't. Uys is making sure we're all aware of what happened so it never happens again.

Ultimately, the show also raises an interesting question: yes, politics has become a joke, but does that make it a laughing matter?

On the one hand, the answer is "yes". We've got so many problems today that sometimes the only way to survive is to make fun of them. On the other hand, when you take a closer look at what's going on in this country, you realise things are a lot more serious than many of us understand.

Adapt or Fly isn't just cheap humour for a good night out; it offers a timely and truthful message about where we were, where we are, and where we could go if we don't wake up.

'Adapt or Fly' is at Cape Town's Theatre on the Bay until January 25 and from April 7-19. Book at Computicket or www.theatreonthebay.co.za

The set is cheap, similar minimalism but much trickier for reviewers to write long pretentious paragraphs about. The man/most famous woman in South Africa is unapologetic. The shots at politicians, priceless.

In Adapt or Fly Pieter-Dirk Uys tells a story you have heard a million times, because as a South African it is your story. Yes, it’s another freaking one man show about Apartheid (although not exclusively). But this one you really need to see, especially in this election year*.

Politics will always dominate South African headlines, from the ridiculous, tragic and the absolutely infuriating. South African comedians have it easy, all they need to do is weave together a few newspaper headlines to get guaranteed laughs. As a satirist, however, Pieter-Dirk Uys needs to go somewhat deeper than that. The once the laughter of the audience has died down something else also needs to stay behind. An idea maybe? A nugget of truth that was hard to accept? This is what makes Uys so critical to South African theatre.

In Adapt or Fly Uys pokes fun at SA politics, one politician at a time. The first half of the show focusses mostly on the Apartheid Prime Ministers with a special guest opening by a man only slightly more evil than them, Adolf Hitler. The second half focuses on the Mandela years right though to beret wearing Malema.

The initial run earlier this year of Adapt of Fly at Theatre on the Bay completely sold out. Really impressive seeing as the show had a run at another theatre in the city last year. Theatre on the Bay squeezed in another 2 week run for the show from 7 – 19 April 2014.

*The general election takes place 7 May 2014 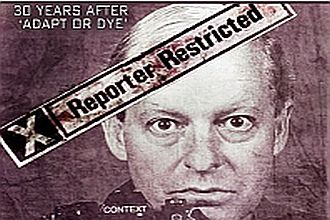