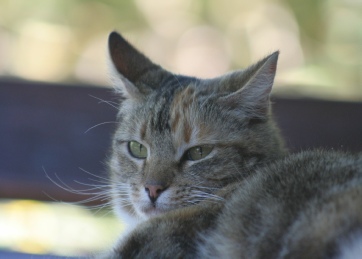 Foreign Aids gets ready to travel — In your car

It's not exactly Charles Dickens or even Herman Charles Bosman.

With the distribution of the CD Foreign Aids, the Listeners' Library has taken a leap into the no-holds-barred satirical world of Pieter-Dirk Uys.

The untiring activist recorded his nationally and internationally acclaimed show focussing on the HIV/Aids pandemic at On Broadway in Cape Town in April 2002.

Last week, this theatrical CD which tackles "the mock in democracy" was launched at the Joburg Civic Theatre before PDU set off with Tannie Evita to perform An Audience with an African Queen in eight Australian cities.

Kirsten Hoets, who founded the Library 18 years ago, recalled being entertained and shocked by PDU's acerbic wit in Foreign Aids. But she was also struck by the overwhelming message of the show and PDU's compassion.

"We got talking," Hoets said, "and we decided that the message about Aids needs a wider audience."

The legendary satirist has a great affinity with the "ear book". Driving back and forth from his home in Darling to Cape Town, he has enjoyed many a classic novel as well as, of course, listening to radio.

"Radio remains an important part of everyone's lives," he explained. "There is a huge gap in local comedy. In 1981, Patrick van Blerk wanted to put my shows on cassette. I said: 'No'. That was a mistake. Just think of Monty Python, The Goon Show, Robin Williams and Mike Meyer's local comedy from the 1970s. There's very little from now."

Regarding Foreign Aids, he said: "If I'm going to be honest about reflecting the cracked mirror of society, I have to deal with Aids. With Foreign Aids, I've been to the first world with the third world war. Aids is Africa's weapon of mass destruction"

His next one-man show, The End is Naai, echoes the loveLife Afrikaans ad which was banned by the SABC. It presents the African as an extinct species as Uys repeats his formula (inspired by comedian Joan Rivers) of 49% anger and 51% laughter. And it's bound to land up in your car.