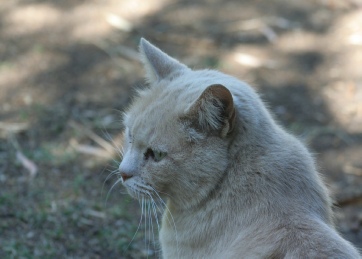 Pieter-Dirk Uys, aka Evita Bezuidenhout, will be awarded the Reconciliation Award 2001 by the Institute for Justice and Reconciliation on Thursday for his contribution towards reconciliation and, more importantly, in the fight against HIV/Aids.

Executive director for the Institute for Justice and Reconciliation Charles Villa-Vicencio said Uys used his sense of humour to make South Africans laugh together and at themselves. He said humour was an integral part of reconciliation and the role played by Uys was essential.

Villa-Vicencio said: "We have identified Pieter-Dirk Uys as an icon who makes us laugh together but, more importantly, as someone who has had a big involvement in the fight against HIV/Aids. We have to realise our biggest challenge facing this nation is HIV/Aids.

"He has travelled widely, speaking at high schools and institutions where he sensitised people to the challenge of HIV/Aids and minimising the possibilities of contracting the disease.

"He has addressed more than 400 000 pupils and teachers and has told business people and housewives that HIV/Aids is the 'new apartheid' facing South Africa.

"He has told them that the moral minefield has shifted from politics to sex. The fact that he has made South Africans laugh at themselves and that he has targeted the most vulnerable section of the society, the youth, to inform them about HIV/Aids, was the deciding factor."

Uys said he would be grateful if four or five out of the 400 000 young people he has addressed changed their lifestyles: "HIV/Aids is not a laughing matter but we laugh at our fear. Once we are less fearful, we face the reality of the problem.

"My campaign against HIV/Aids is not over yet. It is part of our lives and humour is one of our best tools to use against the disease," he said.

On using humour as a tool towards reconciliation, he said: "Blacks have been laughing at whites for more than 350 years. If we can laugh together, we can achieve a lot."

Villa-Vicencio added: "The fact that he has been invited to address more than 400 000 learners and teachers and has been so generously received seems to suggest that his message is having an impact.

"We need to encourage people who managed to put the issue of HIV/Aids on the agenda and put pressure on the government and society at large."

Cape Town-born writer and entertainer Uys — more famous as a Boer diva than his writer/dramatist alter ego — has performed all over Africa and overseas, including America and Great Britain.