What was your first job?

I had many small jobs without payment when I grew up in Bethlehem in the 1940s. The first payment was for delivery of newspapers to people’s front doors. It was also the first time a dog bit me.

How much was your first pay cheque, and how did you spend it?

My first acting part for Killarney Films was in Boggel en die Akkedis in 1957. I bought myself a pair of shoes and an umbrella. The rest of the money I hid under my mattress. Funny, throughout my life no one has ever bothered to look there! Goodbye banks?

What is something you would tell your younger self that would impress them?

Gosh, if someone had said to me when I was young to learn Mandarin Chinese, I would have been very impressed. Imagine if I had, I could today be the SA ambassador to China.

What’s the one thing you wish somebody had told you when you were starting out?

What they told me was that older people know best. Now that I am "older people" I know that to be fake news. So I wished someone had said to me: respect advice and then get a second opinion.

How would you fix Eskom?

Very carefully. Eskom is like the car you keep polishing until it shines, while ignoring the fact that all four wheels are missing.

What is your biggest regret?

That I didn’t allow Dimitri Tsafendas to complete the job of painting my house in Acacia Park in 1966. The smell of the paint got into my koeksisters. My husband got him a job in parliament as a messenger. I packed him a lunch box with biltong, a koeksister and a Granny Smith apple. He said he needed a fruit knife to peel the apple. We all know how that ended. #HendrikVerwoerd

What’s the most interesting thing about you that people don’t know?

I think I have a sense of humour. I’m not quite sure where it comes from, but when I suddenly laugh at things that aren’t funny, I realise that I might have one. Does that make me a bad person? Or just an interesting one?

What’s your one top tip for doing a deal?

Keep it a secret. Be careful of lifting the lid too soon. The genie escapes. A deal is always a gamble. The element of surprise is essential.

What has been your worst purchase?

When I was the SA ambassador in the homeland Republic of Bapetikosweti, I bought a Paraguayan passport as a standby, just in case. Not a good investment considering I could have purchased a Taiwanese one.

Do you think we need SAA?

Not if you have a BA Silver card!

What do you consider the most overrated virtue?

I have such a long list, which includes political integrity, Christian values and Botox treatment. Maybe political correctness nowadays takes the cake.

Do you have a single favourite joke you tell people? What is it?

Load-shedding goes from stage 2 to stage 8, by which time the lights are out forever. But there is also a stage 9 — when Eskom comes to your house and blows out your candles.

How do you cope with load-shedding?

After laughing at my own joke, I use the time to sort out wall cupboards. Or join my grandchildren working at a puzzle of Napoleon crossing the Alps. For that you only need one gas lamp. 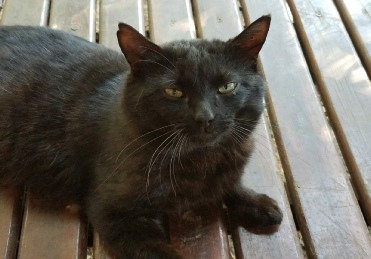