Since the December Nasrec Congress, chalk has become cheese and some shadows of the past have become forces of the future.

Kitchens are strange and wonderful places of mystery and magic. I have always found the attraction of warmth, food, comfort and work appealing. We could not afford a domestic worker in Bethlehem where I grew up, so my mother did everything: baking, cooking, cleaning, washing up and setting traps for the mice, which I disarmed behind her back. As a mother and wife, I tried to keep the kitchen neutral territory. There was a big table where we could all sit together and eat, read newspapers, talk or just look at the flames in the fireplace. That dream became a nightmare.

“Madam must sit in the dining room!” was the instruction from our chief domestic supervisor. It sounds now like a television series where words like “maid” and “servant” are deemed politically incorrect. I would often slip into the kitchen of my embassy in Bapetikosweti and ask the workers what was really happening on the ground. The truth was shattering, and yet, thanks to those sunset sessions, I could prevent things from going from bad to worse in my homeland. We never had a coup, unlike some former homeland leaders recently departed.

I remember my visit to Tel Aviv when Golda Meier was prime minister. I had to deliver a secret document for her eyes only from our minister of foreign affairs to her minister, Moshe Dayan, for his one eye only. It probably led to South Africa taking ownership of half a dozen nuclear warheads, which eventually ended up in my garage in Laagerfontein, because we didn’t admit to having them. But that’s another story. Just be grateful then-president FW de Klerk sent them back to Israel, or else the ANC would have sold them to North Korea via Saxonwold! Golda was proud of her Kitchen Cabinet. She would call her ministers together on an evening in her house, lead them into the kitchen and over bagels, coffee and other delicious Jewish treats, she would sort out the sheep from the goats and send her army off to invade Egypt or Gaza or both.

My kitchen in the ANC headquarters in Johannesburg is not a powerhouse of intrigue. The building itself takes on that epithet. At least I have kept a feeling of neutrality so that when any of the top six come in for a koeksister or a plate of boerekos, they don’t feel like a traitor when they criticise what needs to be fixed. That list is endless and I think every NEC member could add to it. Since the December Nasrec Congress, chalk has become cheese and some shadows of the past have become forces of the future. It has helped hopes that the new president of the ANC does not belong to that same club in the Saxonwold shebeen. Rumours, gossip, fake news, silly stories, breaking secrets and just plain rubbish have been bandied about in Luthuli House like in a school hall during preparations for the matric dance. As a member of the ANC, I of course cannot comment on party policy as my loyalty lies with the collective. Meaning nobody says anything until someone is told to blame apartheid.

“Comrade Evita? What should SONA sound like on 8 February?” I was dreading that question. It has always been a point of disorder trying to imagine what the opening of Parliament would deliver. Since it has become a reality television show, most South Africans record it and then watch with fingers on the fast forward button. This year’s 8 February would be no different, and yet it could be unique. For the first time the President of South Africa will be the elephant in the room, not just by the smell of his corruption, but the noise of his trumpet. Since Nasrec the ANC has stumbled into a divorce where both aggrieved parties refuse to leave the marriage bed. Two presidents in a democracy don’t make sense, and in our case, will make cents out of rands! It is now obvious that President Zuma will not step aside. He will be making that speech if not upstaged by an unexpected downpour outside Parliament which would be seen as an act of God. Let us not be squeamish here: all hell could break loose in the National Assembly. The EFF Teletubbies have been rehearsing their song and toyi-toyi for some time now. Police will enter on cue and all the mess will become prime time viewing on television and viral garbage on social media. Moody's, S&P and the other witches will cackle and stir their pot of junk.

So what if President Zuma surprises everyone by surprising himself? He could go up to the podium and wait for the catcalls and boos from the kindergarten. Once Head-teacher Mbete allows him to start, he will welcome all and sundry as usual. But in this case, he doesn’t just mention the headings, but also the details of the lists. Let him mention every name in the National Assembly. That will add enough minutes to avoid his speech being called a non-event. Then he can smile, adjust his glasses with the right finger, and say: “The deputy president will now present the SONA. I’m off to Dubai. Goodbye!”

A simpler solution would be for the First Citizen to reclaim the presidential moral high ground by resigning for health reasons. With four wives, any senior citizen needs to slow things down. No shame in that. By arrangement he will get full amnesty. Nkandla will be a farewell present from the nation and the JG Zuma International Airport in Upington will be so renamed. However, a more complex stalemate will emerge if he just sits there like a big frog on a lily leaf. He knows he doesn’t have to move. He can just smile and giggle, because as the former ANC Head of Intelligence during those years of struggle, means that Jacob Zuma has every secret of all members of the ANC.

Pushing him out against his will could unleash a Twitter storm that would put Trump and Zille to shame.

Then someone pulled the plug and SONA 2018 has been put in deep freeze till a later date. Hopefully before the expected Budget speech on 22 February, although that will not help all the food I prepared for the big night. Besides the main dishes that probably cost the taxpayer a few million rand, there are all the lovely Zuma mosbolletjies and Cyril beesbiltong that will go to waste. I'll pass them on to Juluis Malema to go feed the poor. So what do we ordinary people do? Stop believing all the blah-blah-blah. Sort out your families and your job. Your children’s access to good education and safety. And makes sure that you know what to do when your tap runs dry. Don’t worry that your government might run dry. They’ll just say: “It wasn’t me!” and go off to Dubai to join the others. Maybe then we can start from scratch and heal our hurting land. Hopefully Comrade Cyril has brushed up on his standby speech, just in case he becomes the new Number One still standing in the old one's Number Two!

The winds of change are blowing, we said. Some politicians are here today, but will be gone tomorrow, we promised. And yet the blue light brigades rush past. This government for the people of the people by the people must start caring about the people! Some have shown that they won’t, so let us name them before they elbow their way into a new Cabinet: Mosebenzi Zwane, Malusi Gigaba, Sfiso Buthelezi, Bathabile Dlamini, Des van Rooyen, Lynne Brown, Nomvula Mokoyane, Faith Muthambi, Lindiwe Zulu, Nathi Nhleko, Maite Nkoane-Mashabane and Jacob Zuma. Our 2018 SONA message when ever it is presented to the nation should include: “Comrades? Go to jail. Go directly to jail. Do not pass a Gupta. Do not collect a few billion.” 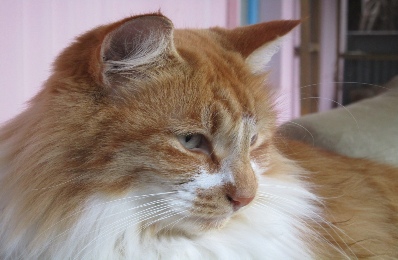