Public comments on the Prevention and Combating of Hate Crimes and Hate Speech Bill were due at the end of January. A coalition of some of SA’s best comedians and satirists has taken a stand against the bill and filed submissions arguing that its hate speech provisions are unconstitutional. Among them are Pieter-Dirk Uys, John Vlismas, Jonathan Shapiro (Zapiro), Kagiso Lediga, Conrad Koch (and Chester Missing), Nik Rabinowitz, Tumi Morake, Joey Rasdien, Nina Hastie, David Kau, Casper de Vries, Celeste Ntuli, Mark Banks, Jason Goliath, John Barker, Christopher Steenkamp and the creators of the satirical programme ZA News.

The submissions on behalf of the comedians began, as one might expect, with a joke. "What do you call 1,000 lawyers chained together at the bottom of the ocean? A good start." Of course, no person in an open and democratic society would seriously consider that this lawyer joke constitutes hate speech. But the definition under the bill is so broad that even this could arguably be defined as such. This is particularly startling since the mooted sentence that could be imposed for hate speech under the bill is three years in prison and/or a fine.

Section 4 of the bill proposes a definition of hate speech that would significantly erode the right to freedom of expression protected under section 16 of our Constitution. The importance of this right has been emphasised by our Constitutional Court in numerous decisions. It has held that free speech "lies at the heart of democracy" and that it has amplified significance because we have "recently emerged from a severely restrictive past where expression, especially political and artistic expression, was extensively circumscribed by various legislative enactments".

Indeed, in the comedians’ submissions, Uys points out the similarities between the wording of the hate speech provision in the bill and apartheid legislation that was used to ban some of his works: "The Nationalist government used their system of censorship, spearheaded by the [publications control committees], to declare all critical references to their policies of legalised racism ‘hate speech’."

It is true that free speech is not unlimited. Section 16(2) of the Constitution provides that it does not extend to propaganda for war; incitement of imminent violence; or advocacy of hatred that is based on race, ethnicity, gender or religion (and that advocacy of hatred must also amount to incitement to cause harm). And racists like Penny Sparrow deserve to be vilified and shamed in our democracy.

First, the grounds have been extended. The grounds under the bill include race, gender, religion and ethnicity (the four constitutional grounds) but also extend to many others, including a person’s occupation or trade. One of the distinctive characteristics of hate speech is that it targets inherent characteristics of a person as a member of a group (such as their race, sexual orientation or gender). A person’s trade or occupation is not of the same kind.

Second, the threshold of harm has been lowered significantly. Under the Constitution, the trigger for the provision is the advocacy of hatred that also constitutes incitement to cause harm. The threshold has been lowered in the bill to speech that is "abusive or insulting" towards any group of persons and which demonstrates a clear intention to "bring into contempt or ridicule any person".

In Handyside vs The UK, the European Court of Human Rights set out one of the most critical principles of freedom of speech: freedom of expression extends not only to information or ideas that are favourably received or regarded as inoffensive, "but also to those that offend, shock or disturb". This proposition has been endorsed by various foreign courts as well as our Constitutional Court. It follows that whether artistic works or comedy cause offence, shock or even disturb people is legally irrelevant. People may not enjoy a particular brand of humour, they may rightly be offended by it and they may say so — but that speech is still protected by the Constitution.

I asked the comedians to send me some of their jokes that could be unlawful if the bill were to be passed in its current form, and some of these are set out in the submissions. Chester Missing asks: "What do you call a white person who didn’t benefit from apartheid? … An albino." This joke would arguably be unlawful under the bill even though it seeks to impugn attitudes regarding white privilege in society.

This illustrates the unintended consequences of the broad drafting. The comedians also argue that the bill fails to pass constitutional muster because hate speech is already dealt with under section 10 of the Promotion of Equality and Prevention of Unfair Discrimination Act (the Equality Act) and under the common law through the crime of crimen injuria. Accordingly, the criminal offence under the bill is not required.

At the very least, the hate speech crime should not apply to genuine artistic or comedic expression. The Equality Act, the Films and Publications Act and the Broadcasting Complaints Commission of SA codes all include an express exemption from their hate speech provisions for such speech. This could create an obvious anomaly. A person would not infringe the ethical code of the Broadcasting Complaints Commission or the civil prohibition under the Equality Act, but they could simultaneously be charged with a criminal offence under the bill.

The bill would also have the perverse and unintended effect that a drama or comedic series in which a character is hateful or mocking towards another character who has a disability or on the basis of sexual orientation or race will not be permitted (even if the point of the drama or comedy is to criticise this behaviour). It could never be suggested that this is what the Constitution intends by limiting the right to freedom of speech in section 16(2).

The discretion given to the Director of Public Prosecutions in the bill regarding whether to prosecute a particular case and the requirement that at each person’s trial "all the circumstances" must to be taken into consideration when determining whether the expression amounts to hate speech are not sufficient to save the bill’s constitutionality. The Constitutional Court held in the Teddy Bear Clinic case that prosecutorial discretion cannot save unconstitutional provisions because by the time the discretion is exercised, the person "may already have been investigated, arrested and questioned by the police". Similarly, in the Madanhire case the Zimbabwean constitutional court found that a charge of criminal defamation was unconstitutional because "Even if [the person] is eventually acquitted, he may well have undergone the traumatising gamut of arrest, detention, remand and trial. Moreover, he will also have incurred a sizeable bill of costs which will normally not be recoverable."

Our laws should encourage and facilitate artistic and comedic speech and not chill the expression of our comedians and artists.

As the former Constitutional Court justice Albie Sachs famously held in the Laugh It Off case: "A society that takes itself too seriously risks bottling up its tensions and treating every example of irreverence as a threat to its existence. Humour is one of the great solvents of democracy. It permits the ambiguities and contradictions of public life to be articulated in nonviolent forms. It promotes diversity. It enables a multitude of discontents to be expressed in myriad of spontaneous ways. It is an elixir of constitutional health."

• Milo is a partner at Webber Wentzel. He and advocates Stuart Scott and Itumeleng Phalane of Group 621 in Sandton drafted the submissions for the comedians 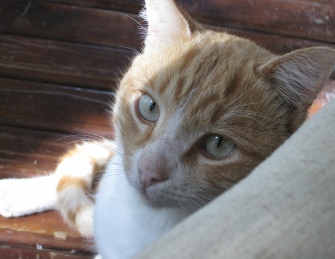