Johannesburg — Want to know what the 2016 soundtrack will be?

Well, South Africa's most beloved Tannie, Evita Bezuidenhout, says the winning number is likely to be I did it my way, sung by Jacob Zuma while floating on an inflatable mattress in his "firepool".

The Queen of Quips and Koeksisters says she hopes that Zuma will have so much leisure time, because, by then, he will have resigned.

In an interview this week with News24, facilitated by her alter ego, Pieter Dirk Uys, Bezuidenhout offered Zuma a New Year’s wish: to "resign for health reasons, with full amnesty".

To sweeten the deal, she even offered as a retirement gift, Nkandla — the president’s traditional homestead, recently adorned with R246m of taxpayers’ money for security upgrades, and the very location of his infamous fire-fighting mosaic-tiled water source.

The tongue-in-cheek Tannie’s generosity clearly knows no bounds, for she even proposed that if Zuma makes a final voluntary political exit, "we will rename an airport after you!".

Offering further wisdom as an elder of our nation, Bezuidenhout also gave her suggestions for a South African 2016 survival kit.

The self-proclaimed "most famous white woman in South Africa" urged fellow countrymen and women to attend "weekly classes to learn an African language" in the new year.

The darling of Darling also suggested that the way to the rainbow nation’s heart could be through its tummy: Her cookbooks Kossie Sikelela and Bossie Sikelela (of which royalties go to the charitable Darling Trust) would be the perfect tools to ensure South Africans "cook for reconciliation", she advised.

However, number one on Bezuidenhout’s list of essentials for 2016 is a "valid passport" so that citizens can ensure they vote in the country’s municipal elections this year.

In fact, in a serious turn, she suggests that the "the upcoming municipal elections will probably be the most important elections in our history".

"If not, we will lose our country…"

The iconic figure imagines that one of the surprises in 2016 will be the role that the born-free generation plays in post-apartheid South Africa.

"They are angry and disappointed - and they will start making their demands for a better future, probably at the expense of the status quo."

The effervescent and energetic Tannie recently celebrated her 80th birthday, yet, she says, when she looks at the "excitement on the faces" of her three grandchildren, it makes her "feel like a born-free who believes that democracy can make my dreams come true". 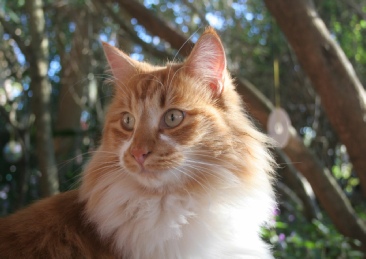