This year is World Aids Day’s 27th anniversary, and it is 10 years since the Treatment Action Campaign won a court victory forcing the government to launch an antiretroviral programme. Progress has been made, but there is still a long way to go.

Johannesburg — Monday, December 1 is World Aids Day. This year, in a special event being held in Braamfontein, the Treatment Action Campaign (TAC) is organising a “reunion” of the activists whose efforts 10 or more years ago contributed to the defeat of Aids denialism and, more important, the launch of the antiretroviral treatment (ARV) programme in public hospitals and clinics.

In the years since it started, this programme has prevented 2-and-a-half-million deaths. It is a shining example of how citizen activism can change the course of history and bring back hope and dignity.

In a world racked by wars and diseases that take millions of innocent lives, it stands out as a rare example of how we can save lives.

The TAC’s Reunion event is likely to be moving and memorable.

Among the activist “class” getting together again will be Justice Edwin Cameron — known for his brave declaration of his own HIV status to defeat stigma; Barbara Hogan, the first Minister of Health to depart radically from Aids denialism; Vuyiseka Dubula, 10 years ago a young woman then fearful that she might not live more than a few more years and today an activist leader and mother of two HIV negative children; Gail Johnson, the mother of Nkosi Johnson; and the parents of other young people who joined the TAC’s struggle but died of Aids before the day when ARV treatment became available.

At the end of a week that has seen Wouter Basson justifying his involvement in war crimes, once again on the grounds that he was following orders, there will be doctors such as Ashraf Coovadia and Glenda Gray who in 2002 refused the orders of then Minister of Health Dr Manto Tshabalala-Msimang not to provide treatment because they considered their ethical duty higher than their duty to their employer.

“Ordinary” activists, if there is such a thing — because no-one who fought HIV is ordinary — will mingle with artists like Pieter-Dirk Uys, whose character Bambi promises to “do the section she does when I visit schools and inform them about condoms and safe sex! Penises will be waved. Language shall be used!” .

In contrast, the words of Archbishop Emeritus Desmond Tutu will ring out in a special message. And, the day before, the iconic Johnny Clegg will use his concert in the Walter Sisulu National Botanical Gardens to make an appeal for the TAC.

However, in this context, some people sometimes ask whether we still need the TAC? After all, we have a good health minister, more than 2 million people on treatment and a National Strategic Plan on HIV (2012-2016) that unites the government, the health profession and civil society.

Perhaps, say some, “the TAC has outlived its mission”.

In my view nothing could be further from the truth. The message the TAC wants to be heard, loud and clear, is that Aids is not over. According to the Human Sciences Research Council in 2012 there were still over 700 HIV-related deaths a day and 1 000 daily new HIV infections. According to the World Health Organisation, 88 000 people with HIV die of tuberculosis (TB) a year. Scientists describe multi-drug resistant TB — more difficult and more costly to treat — as “out of control”.

In his budget speech earlier this year the Minister of Health warned that after three years more than a third (36 percent) of people have stopped their treatment and that the “viral load” (the scientific term for detectable HIV in the blood which should be undetectable when a person is on ARV treatment) is detectable in up to one in three (30 percent) of patients. This is worrying — if not arrested it will lead to widespread drug resistance and the return of increasing mortality. Treating drug-resistant HIV is also very expensive.

These startling figures are why the TAC is still needed.

This does not mean that the TAC needs to go back to the trenches to fight the government again. No. The TAC is fully in support of the policies on HIV. But it does point out the need for an independent organisation that can hold politicians and health officials to account when necessary. It needs people who will help the government to overcome its own obstacles that are often in the way of making its own policies successful.

For example, 18 months ago the TAC was one of the organisations that created a Stop Stock-outs Project (SSP), a new organisation to monitor ARV and TB drug availability in clinics. Though it may not admit it, the reports of the SSP have led to greater urgency and innovation in the government to fix medicines supply chains and fight corruption in drug distribution.

This year, in the Free State, the TAC activists have been campaigning to expose corruption that has led to the collapse of parts of the health system in that province and the weakening of the ARV response. Because of this campaign Treasury and Ministry of Health task teams have been sent to the province to try to fix the problems.

In addition, the TAC has continued its campaign to lower drug prices and for a government policy on intellectual property that will permit our government to exercise its rights under international law for flexibility when it comes to patents on medicines.

Finally, the TAC is necessary because it embodies the spirit of our constitution. Across the country 8 000 activists in 200 branches take the trouble to learn the law, to understand medicines, to engage with the manage ment of local health systems and communities on rights and duties in relation to health.

You may ask any senior health official in eight of our nine provinces who is most active and demanding on the quality of health services and — if they are honest — they will tell you it is the TAC.

This is not something South Africa’s nascent democracy can afford to lose.

So in the last hours before World Aids day 2014, I urge you to take your own stand in support of social justice. Tweet a message in support of TAC to #SaveTAC. Listen to what Desmond Tutu has to say about Aids and the TAC at youtube/08diKkf _TSY then make a donation to keep hope alive at www.tac.org. za/donate

* Mark Heywood has been one of the leaders of the Treatment Action Campaign since it’s inception on 10 December 1998.

** The views expressed here are not necessarily those of Independent Media 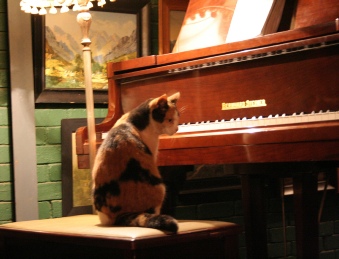