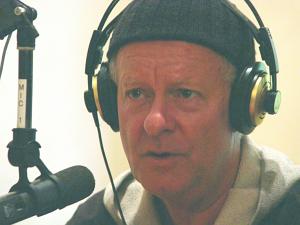 (additional interviews can be found in the Archives)

Notes from a legend: Pieter-Dirk Uys, the king of protest theatre

The Citizen spent a few moments with the iconic legend of theatre.

Pieter-Dirk Uys is the undisputed king of protest theatre, the art of satire and a doyen of the stage for four decades.

It is only fitting then that he delivered the keynote address at the inaugural Artfluence Human Rights festival, presented by the Centre for Creative Arts at the University of KwaZulu Natal earlier this month.

Outspoken and passionate as always, The Citizen spent a few moments with the iconic legend of theatre.

You have had a very long and exceptional career, as an activist on stage – do you feel you have had an impact on the mindset of South Africans and how?

Let us use the word “actorvist”. Protest theatre very often celebrates a theoretical answer. It doesn’t lend itself to a full dramatic development. It’s sometimes over in a few minutes, gets repeated in song, then in dance, then in unison.

“Free Mandela!” was a very important political demand. Drama should be the theatrical actions up to that moment. The only impact I strive for is to keep the attention of an audience throughout the valuable time they have given me.

Time is far more important than the ticket price. And if I can help them laugh at their fear and make that fear less fearful – not less lethal; it can still kill – at least the next time they are confronted by the evil in politics, they won’t look away. They might give a short yelp of laughter and stare that familiar challenge in the face.

Does art imitate life or the other way around – and share with us why you think this?

For me and in my world, art is in the eye of the beholder. Theatre is based on total discipline on every level. I have always wanted cabinet ministers to sit in on a week’s performances and watch how service delivery works: every aspect of the production must be total.

All aspects of the theatre must deliver 100%, from the toilet cleaners to the ushers, to the front of house management, to the carpark attendants. Disciplines are seldom what they should be outside the theatre. What we present on stage is often a warped reflection in a cracked mirror.

The attention of the viewer zooms into the image and echo of familiar experiences or personal dramas. Recognition by the audience encourages a more intense concentration, in comedy as well as in drama.

On politics and society:

The arts play a massive role in human rights and politics. You are a great example, so are Bono and Bob Geldof. Is this a responsibility all artists carry and what is the power for change that it wields?

Personally, I cannot allow my theatrical energy to ignore what is bad in the society around me. If I reflect the best in politics to remind my audience how much work lies ahead, all the better. But reflecting the worst is always more entertaining.

When I started my one-man onslaught against apartheid with Adapt or Dye in 1981, it was because I was so disgusted by my inability to change things; my lazy acceptance of the political correctness of racism through our so-called Christian democracy (aka separate development; aka apartheid), that I decided to use the power of humour to reflect the unfunny, unacceptable stupidity of rotten governance. It became a full-time job to this day.

What is the greatest human right we are lacking in South Africa today?

I see the only human right being the right to be human. All the rest must be earned. What we lack in South Africa is the humane reaction to poverty and need. Compassion and care are needed to strengthen human rights that will flourish in a confident and fair society.

Entertainment is the therapy we all need to take a deep breath and dive into a very dark pool of problems. I would like to see communities become the jewel in the crown of democracy. Service delivery should start there, on ground zero level and could eventually give the cabinet minister a new car. Not the other way round.

HIV/Aids remains a threat. Has Covid-19 made us forget?

I have experienced three viruses in my life; the first one was apartheid, the second HIV and the third Covid-19. The fourth one, whatever it’ll be called, is pending. President Yhabo Mbeki’s carelessness and denialism led to the deaths of more than 340,000 South Africans. Covid-19 has not yet caught up. I hope the vaccines prevent that. The lessons we have learnt during the past 400 days must be remembered and help us prepare for the next upheaval, from climate change to state capture.

Three things you could not do without and why?

Cats – dogs have owners; cats have staff! friends – critics without judgement; home – where the heart is.

If reality TV of today, like the Kardashians, Love Island, Housewives of Durban, for example, all were to be summarised into a parable reflecting society today. What would the parable be?

A modern Noah’s Ark where people behave like animals and real animals save the world.

What, according to you, are life’s fundamental truths.

The future is certain; it is the past that is unpredictable. Hypocrisy is the Vaseline of political intercourse. Love your enemy, it will ruin his reputation. Moenie panic nie; alles sal regkom.