Uys’s political family drama is biting and relevant. There are moments in the play where the writing strikes a raw nerve and you can feel the collective wincing of the audience. Uys is an equal opportunity satirist and shows no mercy as he wields his pen, and this musical seals his reputation for being brutally honest and fiercely passionate.

**** Pieter-Dirk Uys has outdone himself in lampooning drama that exploits the universal greed for voyeurism, and although Die Van Aardes… was first staged nearly 40 years ago, it has lost none of its relevance between now and then.  Sly, intelligent humour abounds.  Anyone who enjoys intelligent satire will be highly diverted by this show. 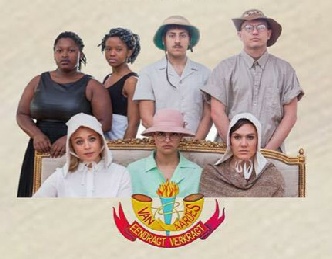