(*There is a bilingual text to be released on demand)

Pieter-Dirk Uys's play is a kind of prophecy, viable in that it is a logical extension of the status quo. It has the unmistakable stamp of truth. Its implications may be self-evident, but we ignore them at our peril. God's Forgotten is a powerful and compelling work. It is sometime in the future, the aftermath of an African Armageddon. The exponents of the creed that White is Right are in a state of siege. They are not necessarily evil people and it is not easy to hate them. They believe as implicitly in God as they do in their great mistake. But the political platitudes prevail. Nothing, they tell themselves, has changed. Everything is under control.

... a sobering experience. See it — even if you don't want to believe it.

God's Forgotten is at the same time a strange and ordinary play — clichéd, original, obvious, fanciful, futuristic and of today. Strangely perhaps the play does not seem all that chilling — it has a believable realism — God forbid.

It is a thought-provoking, highly disturbing work, exceptionally well performed with the emphasis on topicality.

Those who are the butt of a satire seldom identify with its victims, but Pieter-Dirk Uys has left us with no escape. Sugaring a very bitter pill with homely, colloquial humour, he forces us to accept a futuristic portrait of ourselves that is totally horrific. He has given us theatre at its most socially relevant. He hasn't provided answers — merely a very disturbing mirror.

The play (on at La Mama in Greenwich Village) must be extended and it must be published in America. Its human and political insights extend far beyond its very important topicality.

God's Forgotten is poignant, witty, intelligent and never hysterical: it is also extremely good entertainment, something we seldom get in the theatre today.

God may have forgotten, but Pieter-Dirk Uys's play, written in the mid-1970s, is a grim reminder of just how much we are forgetting too — how much is conveniently sliding into the shadows of political history, ugly and unresolved. God's Forgotten is then — incidentally — an eloquent argument for the necessity of a Truth Commission. It is a play written in the past about a future, performed now.

The play's overriding atmosphere of fear and ever-threatening danger make it a powerful study of a nation disintegrating under desperate despotic rule. A harsh view of what might have been.

God's Forgotten is a frightening reminder of the forces of self-destruction that could be evoked by the myopia of power politics. Riveting theatre. 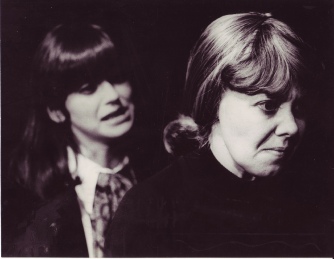