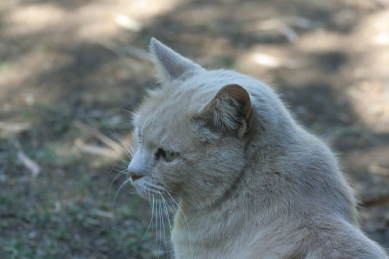 Evita cooks up a storm with 'Kitchen Kabinet'

The guest list read like a Who's Who of Cape Town's social pages, but when it came to the point when the ladies usually reach for their credit cards, most looked for pens to elect themselves onto Evita's Kitchen Kabinet.

South Africa's most famous white woman, Evita Bezuidenhout, held a luncheon at the Cape Grace on Thursday to persuade some of her friends to make a difference to some very specific individuals.

Before she put in an appearance though, satirist Pieter-Dirk Uys explained the ins and outs of how the Kitchen Kabinet would work.

The Kitchen Kabinet is a group of Cape Town women set up to help the Darling Trust.  The trust works with the Darling community, sponsoring educational, health and social programmes.

The Kitchen Kabinet will operate along the lines of Oprah Winfrey's Angel networks.

The trust has already drawn up a list of needs, such as dental care.

Uys said his HIV and Aids educational awareness work with children over the past six years always raised the same question.

"But if everyone takes a drop, soon half that ocean of need has gone.

"That's what today is about, those drops."

He said the trust was small but was affecting many people.

"And because it does work, I want it to affect other areas too," he said.

Uys was inspired by former Israeli prime minister Golda Meir, who would solve the problems of her country with her army generals sitting round her kitchen table having bagels and coffee.

He quoted Darling artist Sandy Esau, who said to him after visiting the Picasso in Africa exhibition earlier this year: "He said to me I think I understand art."

"There are always rules, but no boundaries."

"Well, we have a few rules for this Kabinet.

"We have to do this carefully and transparently, but there are no boundaries," said Uys.

One of the guests, Rhoda Kadalie, praised Uys for his work in educating children about HIV and Aids and commended him on his decision to help those at home.

She called the Kitchen Kabinet an "integrated community project led by a superstar".

"This could become a model of community self-governance," said Kadalie.