Pieter-Dirk Uys documents the black and white years, using humour and irony in a time of upheaval

While some of us spent the pandemic lockdowns baking banana bread, discovering the differences between online video platforms and experimenting with home workouts, Pieter-Dirk Uys took the time to sort through the records of a 40-plus-year career in theatre. By day, by night, and often by candlelight (thanks to Eskom), Uys compiled his latest book — One Man Shows: The black and white years.

In his latest book, One Man Shows: The black and white years, Pieter-Dirk Uys takes the reader on a candid meander through his first seven one-man shows, a journey that spans 13 years between 1981 and 1994.

During a time of political turmoil, censorship and legalised racism, Uys’s satirical revues used humour and irony to show the double standards and immorality that marred South Africa under apartheid.

“I exploit reflections in the cracked mirrors of daily life, entertaining in a minefield. During the 1980s it was like doing the tango in front of a firing squad,” says Uys in his book.

The book includes the text of each show, from Uys’ first one-man show, Adapt or Dye, which opened on April Fool’s Day in 1981, to his 1994 election inspired One Man One Volt, which was performed during the days of South Africa’s transition to democracy.

Along with the scripts, Uys provides the backstories of each production. Through sharing personal anecdotes, political insights and the media reactions from that time, Uys allows the reader to understand the social backdrop against which the shows took place.

The book is brought to life not only by the text, but by a patchwork of photos, posters, newspaper clippings and other sentimental keepsakes from a lifetime in the arts. The faces of many of Uys’ characters — Nowell Fine, Piet Koornhof, and of course, the iconic Evita Bezuidenhout — peer out from the pages.

While the “black and white years” of 1981 to 1994 are behind us, the themes that can be found in Uys’ work — corruption, State Capture, political tensions — still hold relevance in today’s South Africa.

The book is a reminder to look critically at the world around us, and to never underestimate the unconventional power of theatre in a time of societal upheaval.

The link to One Man Shows: The black and white years can be found here. 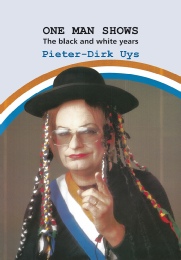 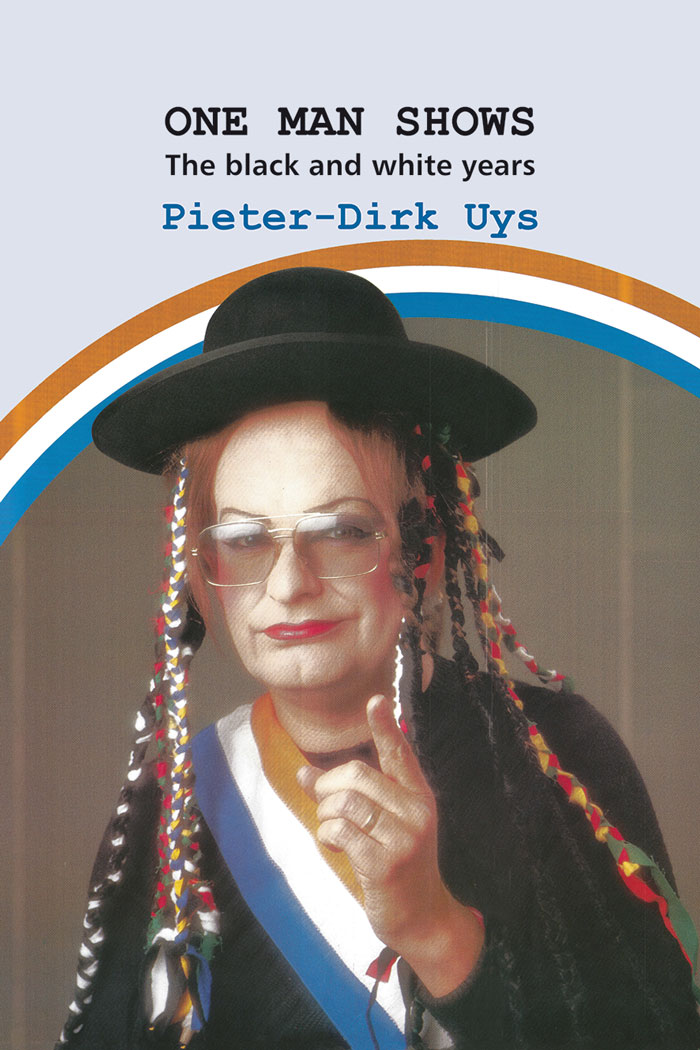 eNCA speaks to author, activist and satirist Pieter Dirk-Uys about his latest book

ONE MAN SHOWS: the black and white years

'Drag queen? Jester? Subversive clown? Pieter-Dirk Uys, who do you think you are?'

His first one-man show, Adapt or Dye, opened on April Fool's Day in 1981 and introduced his alter ego Evita Bezuidenhout to the nation. Since then Pieter-Dirk Uys has continued to prod South Africans’ conscience and tickle their funny bones with his unique brand of satire.

In this extract from his new book, which fans can download free from his website, the much-loved entertainer looks back on his incredible career.

Months of forced confinement; the Covid-19 revolution hit me in mid-March 2020. Overnight 220 performances for the year were cancelled.

“Social distancing” meant “Stay at home!” Especially my age group. Eskom switching off our power for hours a day in rolling blackouts had already forced me to reinvent the uses of darkness. With a few candles lit, I could clear out cupboards, sort papers and rearrange costumes in my theatre attic. The lockdown gave me even more scope.

Since 1973, I had written and performed 46 one-man shows. Now I suddenly had time to add the texts of the satirical revues to my website (www.pdu.co.za), where all my plays are already free to read, and the interest in them has been inspiring.

As I worked through this material, it started forming itself into something other than an archive. Besides the texts that covered the apartheid years, I found myself looking back on a 40-plus-year career in the theatre.

Most of the work was instinctive, much of it raw and naïve. In the passion of the moment there was no explaining and analysing, few discussions, not even the acknowledgement of fear and danger which was there every day. But now I had time to explore and understand what I had done back then.

As the words “satire” and “satirist” became part of a CV, I found [American stand-up comedian] Lenny Bruce’s definition in the late 1950s: “Tragedy plus time equals satire.”

That couldn’t quite work for me in a South Africa of legalised racism; the tragedy of the day had to be exposed that evening. But the truth was seldom funny or entertaining. Media was controlled; the press heavily censored.

Under apartheid, everything accepted as daily life was manufactured and handed to us as “the facts” by the regime. So how do you expose those lies and tell the truth in such a situation? It needed the masks of characters. Because fear is true, but so is laughter.

Looking back now, there is — surprisingly — still much in the material to laugh at. I avoided telling jokes. The truth could be bitterly funny and that was the dynamo of my shows: people could laugh at their fears, because that is what I also had to do. I would not look away from the things that frightened us.

And so I laughed with my audience at the absurdity, the obscenity, the impossible odds. In order to expose racism, one had to reflect and show racism. Today, some of it makes me cringe, makes my skin crawl, but back then it had to be outed.

Live theatre is for me the audience, that precious collection of people giving their valuable time to forget about the monstrous in their lives; the foundation of my dreams since the late 1960s, when The Theatre saw me and decided that I was the perfect sucker to capture. Life imprisonment without parole.

When filling in forms I always dither at “Occupation”. Writer? Playwright? Performer? Yes, and more. But I’m not a politician — that’s a cul-de-sac. I exploit reflections in the cracked mirrors of daily life, entertaining in a minefield. During the 1980s it was like doing the tango in front of a firing squad.

“Pieter-Dirk Uys? Who do you think you are?”

It’s taken me over half a century to find out who I am. I’m not going to tell you. I want to show you, courtesy of The Oxford English Dictionary:

One-man band: a street entertainer who plays many instruments at the same time; a person who runs a business alone.

One-night stand: a sexual relationship lasting only one night; a single performance of a play or show in a particular place.

Stand-up: performing by standing in front of an audience and telling jokes.

Entertainment: the action of providing or being provided with amusement or enjoyment.

Satire: the use of humour, irony, exaggeration or ridicule to expose and criticise people’s stupidity or vices.

Subversive: seeking or intending to subvert an established system or institution.

Comedy: entertainment consisting of jokes and sketches intended to make an audience laugh: a play with a humorous or satirical tone in which the characters ultimately triumph over adversity.

Offend: cause to feel hurt or resentful; be displeasing to; commit an illegal act; break a commonly accepted role or principle.

Drag queen: a man who ostentatiously dresses up in women’s clothes.

Clown: a comic entertainer, especially one in a circus, wearing traditional costume and exaggerated make-up; a playful amusing person

Jester: a professional joker; a fool at a medieval court

I’m in the above somewhere.

This is an extract from One Man Shows, the black and white years by Pieter-Dirk Uys, published by Missing Ink. Download your free copy here.